5 Steps of The Loyalty Ladder: From Suspect to Gym Advocate

The loyalty ladder is a member journey framework that shows how a suspect gradually moves up through relationship levels, starting at the lowest rung of the ladder as suspects (those who have heard of you) and become advocates at the top (raving champions and fans of your gym).

The loyalty ladder for your gym typically looks something like this: 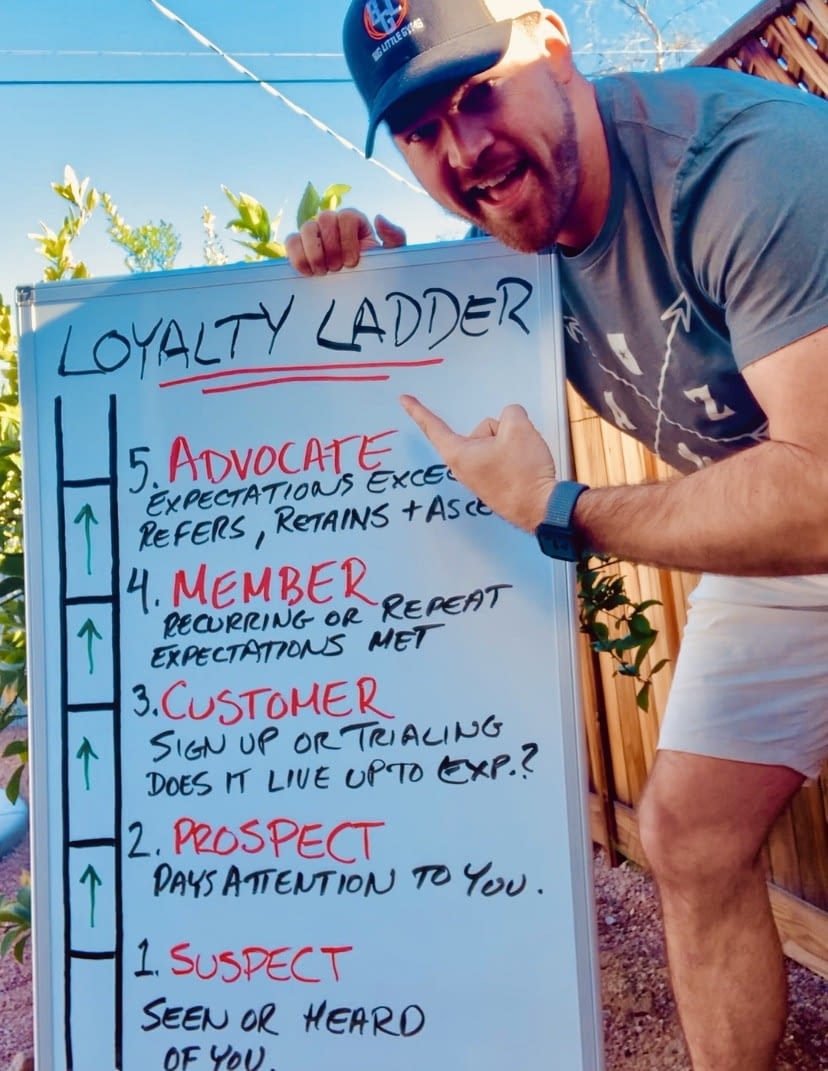 Between these five steps of the loyalty ladder, there are measurable, actionable steps that can be taken to increase member advocacy. The best way to think about the ladder is in two parts. Steps 1 to 3 are customer acquisition and stages 4 to 5 are based on retention and ascension to build loyalty.

The best way to ensure you elevate people up the ladder is to think about how you can overdeliver at each stage. One thing we do at BLG and at our gym (Spark) is we are always asking ourselves, “how can I give more added value at this stage than our competition charges for”. This has kept us ahead of the game for years.

Also, we have spent a ton of time developing our ascension model to include a different kind of ladder called a Value Ladder.

A percentage of new membership every month is going to convert to members and depending on their experience may be expecting to ascend. When they don’t get that opportunity they leave instead of staying because they are feeling unfulfilled.

A couple key statistics that support this upon further research:

For you to be successful in helping the suspect climb the customer loyalty ladder you’ll need to focus on exceeding expectations at every stage. As Steve Jobs said, “think different” not better when looking at your competition.

This can be done internally by increasing the quality of the end product and experience. This involves leadership, staffing, systems and having a prospect journey that is congruent with your marketing.

An advocate is a valuable asset to your gym and should be nurtured the same as a prospect. Examples include recognition through loyalty rewards, discounts, freebies, invites to invite only events to create exclusivity and overdelivering on their experience.

Examples include: recognition through loyalty rewards, discounts, freebies, invites to invite-only events and over-delivering on their experience.

Think about it this way, it’s ALWAYS opening night: there are always new faces in the crowd who are experiencing your business for the first time. Make the visit special and everything else (loyalty, advocacy, lifetime value) will likely follow.